Veterans Day – Honoring all who served 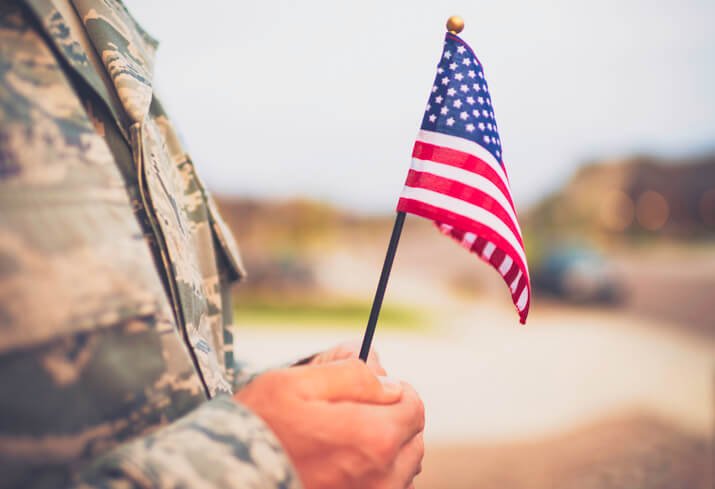 On November 9th, I had the wonderful privilege of joining a small group of military personnel and business owners for dinner as we listened to the Honorable Congressman Dan Crenshaw speak about the needs of our military community. He spoke about how it’s that time of year again when we as Americans can do our part in giving back to those that stood in our place for the freedoms we enjoy today.

His message was succinct, impressive, emotionally charged and extremely inspiring. But what I remember most from last night was: DON’T THANK THEM. Now, he wasn’t implying not to be thankful for their service or to show our gratitude. I image that came as a shock to some, but for me it was a familiar sentiment I’ve heard many times from friends that served in special forces.

A few years ago, I called a friend of mine who graduated from West Point and served as an officer in the United States Army. He led, he fought and I’m certain he lost soldiers under his command, but I’ll never know because I’ve learned that’s something you don’t ask or discuss. When I thanked him for his service, he told me not to thank him. I was puzzled and, if I can be honest, a little offended. I mean, here I am…a patriotic citizen doing my part, right? I’m thanking him. What he said forever changed my perspective. He said:

“Jeremy, veterans don’t want to be thanked for their service. They want you to never forget. They want you to remember. They want you to stand with them while they’re gone and when they return home. The want you to think of the ultimate sacrifices their brothers and sisters paid for our freedoms. To many, Veterans Day represents a day of struggle as they wrestle with the internal question of “why me”. Many find it hard to be thanked. Be compassionate, be sensitive and be considerate during this time. You never know what they’re going through. And above all, find a way to give back. Serve them with your time, and by donating to charities dedicated to helping those veterans in need. That’s what you do instead of saying thank you.”

Wow! That slapped me hard! I’m sad to say this, but I’ve never thought about it that way. I didn’t fully understand the impact of that lecture either until that same person invited me to a fundraiser serving those in Special Operations. For hours, I witnessed the tearful testimonies of operators and what that organization had done for them and their families in their time of need. That evening I would come to realize something for the first time in my life: soldiers face battles on two fronts – one with the enemy and one at home.

I never understood the difficulties of saying goodbye before deployment, the stresses of uncertainty that follow a spouse every day or the struggle in having to assimilate back into a society that fails to recognize their value. I never understood the internal struggles veterans deal with as they remember their brothers and sisters who paid the ultimate price and the spouses who struggle to remain strong when they themselves have no strength left. It’s easy to say we can relate because we’ve seen something on the news about it or because we’ve read a touching article. But until you’ve watched a veteran struggle to keep tears back because an organization supported the needs of their family before, during and after deployment, we’ll never understand the true meaning of our service to them.

Just as we rely on them to keep us safe abroad, they rely on us to help them when they return home. To many Americans, veterans are heroes, but we have to recognize that we are theirs too.

Instead of thanking a veteran for their service this year, let’s do something different:

If you need a worthy organization to donate to, I suggest the Joint Service Special Operations Fund. This charity develops and supports numerous activities and particularly those that provide a brief respite to the stresses of combat deployment faced by these operators and their families.

$0.92 cents of every dollar go directly to funding activities for the operators and their families in need. If you would like more information, you can visit their website or you can contact me directly at PERI Capital Group.

For other organizations that are notable and worth donating to, consider these:

Jeremy Robinson is the President and co-founder of PERI Capital Group and has more than 12 years in distressed commercial real estate investing.